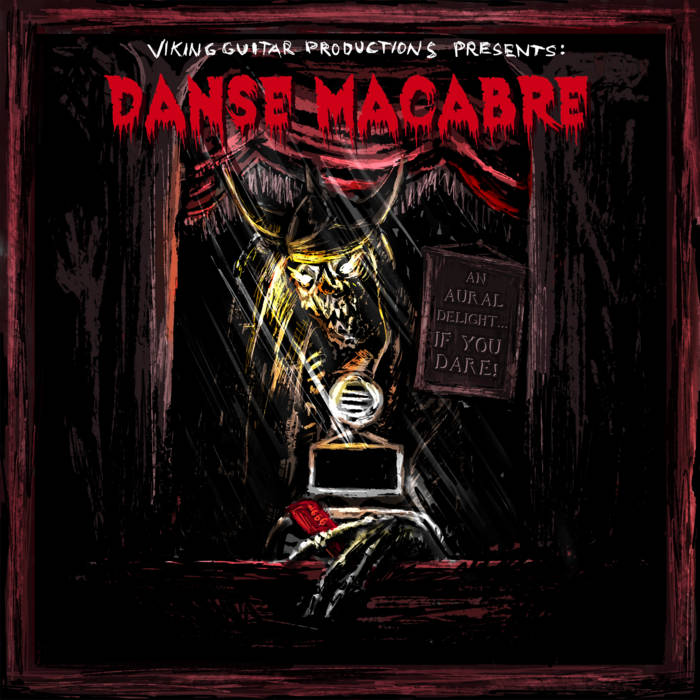 The goal of this track was to sound authentically '70s/'80s. the dry and mid-focused mix is an attempt to capture the sound of classic Goblin tracks, and we ran the final master through a tape deck with Dolby NR to give some natural warble and texture. Thanks to Disasterpeace for the idea! We tried to dub it down to tape, dub the tape, and record it back, but that was just too noisy, and we lost a little too much synth sizzle in the process.

We don't have access to tympanis, so Kevin recorded about 8 tracks of additional percussion for the song. There's a percussion solo of sorts, but his texture is all over the track.

Norrin_Radd added about 8 tracks of keys - from vocoder to a variety of synths. The track sounded pretty good before his layers were added, but his contribution sent it over the top. He wins Halloween.

Chunk's bass is an experiment in delay. Chunk muted his strings using earplugs wedged under the bridge to cut notes short, and the L/R bounce technique is lifted directly from the original Goblin song.

The screams in the track were performed by Chunkstyle's daughter, after some "coaxing". She's safe - we promise. MUAAHAHAHHA. No, she's safe, really.