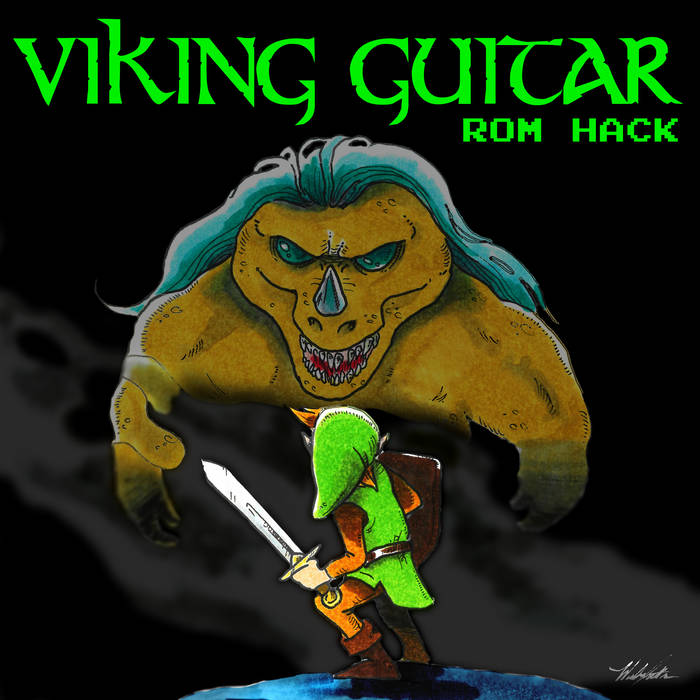 Cassady Teeter You're hella fucking sick, one of my favorite games and some serious heavy fretwork Favorite track: Scorched Earth (The Legend of Zelda - A Link to the Past).

Loud Tristero I thought Scorched Earth would be my favorite track of these two, but WOW Kraidpecker KILLS! Both songs are out of this world and heavy as hell! Favorite track: Kraidpecker (Faith No More and Metroid).

Frankie Van Hooser Two of my favorite tracks!!! if you haven't listened to this.... DO IT NOW!!! These have kept my world metal!!!
more...

For a while, I've been trying to get enough songs together for a full album, and suddenly realized that I'd been sitting on these two nearly-finished tracks for about a year. That just ain't right.

If you've seen me perform (either solo or with the full Viking Guitar Live band), you've probably heard one or both of these. Now you can listen to them without having to come hang out with sweaty nerds at a concert.

"Scorched Earth" covers both Dark World themes from The Legend of Zelda: A Link to the Past. It's one of the more straight-forward covers I've done, but the source material is so fucking metal that it didn't need much.

"Kraidpecker" is a mashup of Faith No More's "Woodpecker from Mars" and the "Kraid" theme from the NES Metroid game. Faith No More is one of my favorite bands, and their "Woodpecker" song is a true pillar of instrumental metal achievement. The tempo and time signature are close enough to "Kraid" that I wanted to see if they worked together. You be the judge, but I'm pumped about this one. The original title was "Woodpecker from Zebes", but I decided to not half-ass it and just call it "Kraidpecker". The original artwork was going to feature Kraid with his, well, "Kraidpecker", but I realized that I actually wanted people to buy the EP.

Dan "Chunkstyle" Taylor (bassist for Viking Guitar Live, Metroid Metal, and lots of other projects) lends his slapping talents to "Kraidpecker" because it's beyond my ability to fake.

Cover art was done by Wade Matteson (www.facebook.com/wademattesonart/). If any of you don't recognize the yellow guy, it's original NES Kraid AKA "BEST KRAID".

There is nothing cohesive about this release except it's all game metal. Put it on and bang your head.